The massive stone bastion of the Redcoats is enthroned on cliffs in the sea. In their bastion, the soldiers guard valuable gold treasure, which they keep hidden in a secret treasure dungeon. Neither storm, wind nor thieving pirates can frighten the Redcoats as their big cannon they can make the greedy buccaneers leave in no time at all. The two pirates who approach secretly under the cover of night should be on their guard. Like the pirates, the redcoats dream of finding their way to the legendary Treasure Island. Who will be successful first?

The game set contains a soldier's bastion with a large cannon, four PLAYMOBIL figures, a rowing boat with a small, swivelling cannon, a treasure chest with treasure and many other extras. 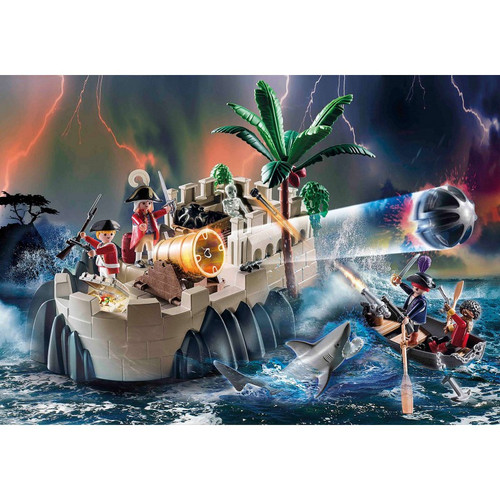