Risk is a strategy broad game of diplomacy, conflict and conquest  for two to six players. The standard version is played on a board depi.  Turn rotates among players who contro armies  of playing pieces with which they attempt to capture territories from other players, with results determined by dice rolls . Players may form and dissolve allicances  during the course of the game. The goal of the game is to occupy every territory on the board and in doing so, eliminate the other players. 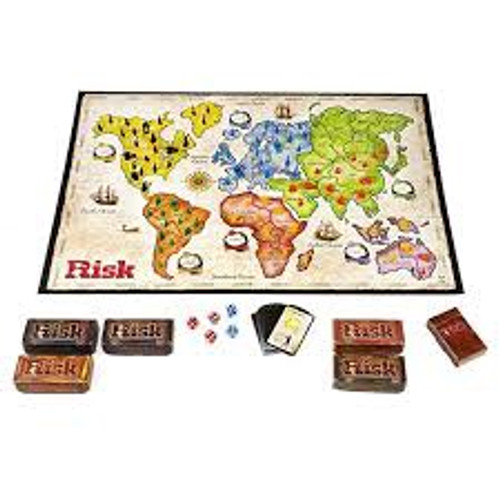