Repel the enemy with this Wookiee Gunship microfighter with movable wings, flick missiles with extra ammo and space for the included Wookiee minifigure with bowcaster. When enemy forces invade, its time to call in the Wookiee Gunship microfighter. Load the Wookiee into the cockpit, arm the missiles and get ready to speed into battle! 84 LEGO Pieces. Includes a Wookiee minifigure.Features movable wings, dual flick missiles and an open cockpit with space to seat a minifigure.Fire the flick missiles to see off the enemy forces. Includes a Wookiee bowcaster and extra flick missile ammo. As featured in the Star Wars Rebels animated TV series. 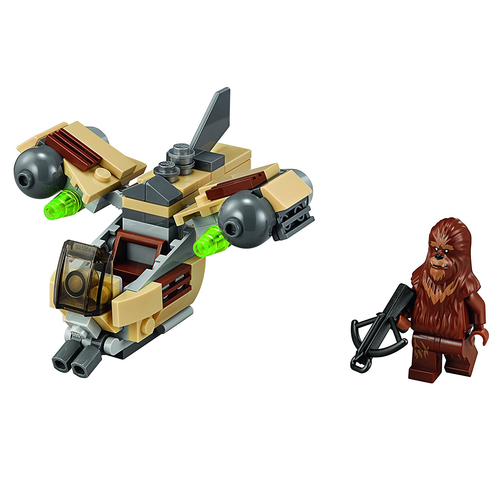